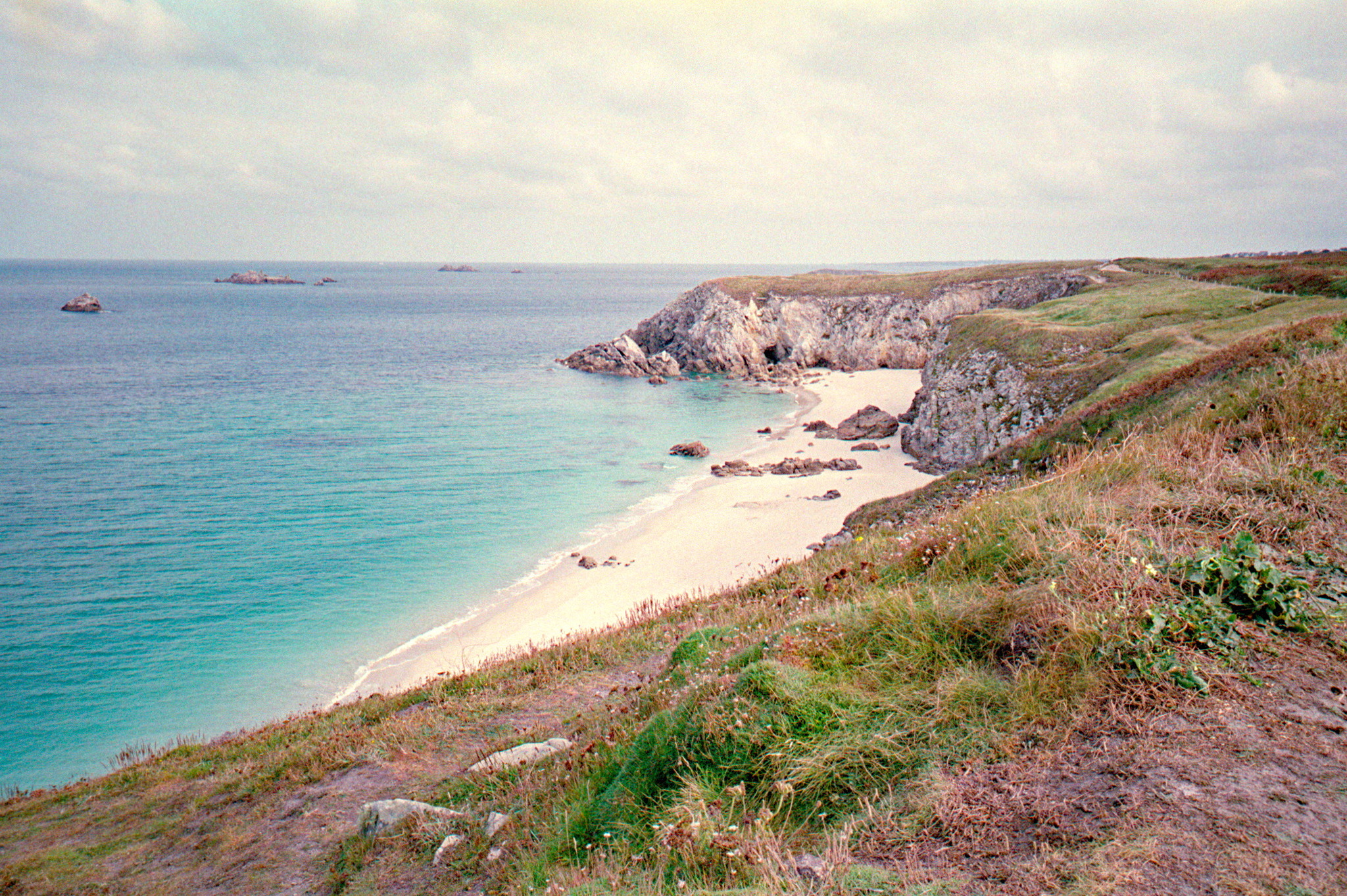 the rocky shore, beach and the ocean. everything else is in the west

it took a while, but finally i’m happy that i finished developing and editing of some images which have been developed in cinestill cs41 powder kit. the development itself felt actually quite easy but i struggled again later with the colors. i haven’t shot that time a color target so there is no color reference available. 💡 note to myself: “always have a color target with you!” 😆

anyhow, color calibration couldn’t be used this time in darktable, so i made use of the color grading features of the color balance rgb module. it took a while to fiddle out on each image but i think they are good enough to show.

do the colors matches the colors the film type should actually has? … i don’t know. they are from two different film rolls: kodak portra 400 and fujifilm superia 200.

there is just a point i do not like. each roll have been in the same developer and later edited in darktable. worked on one photo first and applied the settings to the others. the colors differed from image to image. after color grading they are still not consistent enough for me.